The Northern Lights, dancing across the Arctic sky in hues of green, purple and red, are an unforgettable sight. This gracefully moving display of colors appears to move so close that you can almost touch it. And if you’re completely quiet, you may hear the faint crackling of the Northern Lights in the freezing night.

According to an old Finnish Lapland belief, the Northern Lights, also known as aurora borealis, are created when a fox runs across the fells while whipping its tail against the snow, sending sparks up into the night sky. Many a myth has arisen from this fascinating spectacle of lights. For example, there is a belief in Japan and China that seeing the aurora borealis improves one’s fertility.

The scientific explanation is that the aurora borealis are created when the charged particles of a solar wind come into contact with Earth’s atmosphere. The closer you are to the polar region, the more often you can see the lights flaming in the night sky. The best way to see the Northern Lights is to move away from the lights of the city. 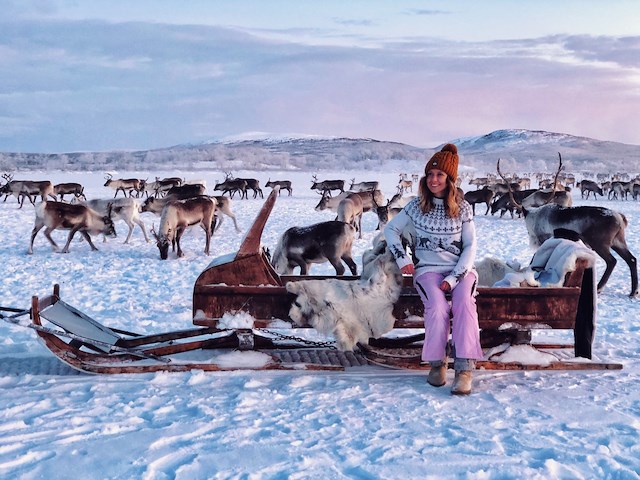 Stay minimum 2 nights in our Glass Igloos, join the Reindeer Safari and take part of Vasara Reindeer Ranch daily activities. Delicious breakfast and cozy dinner is served around the fireplace at Sámi hut. 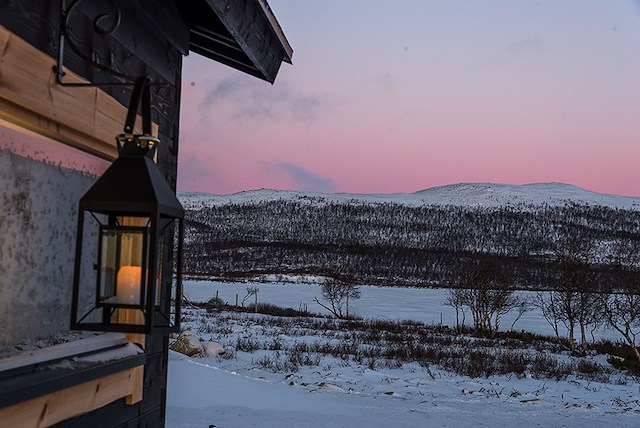 Vasara Reindeer Ranch gives you a perfect break from the hustle and bustle of everyday urban life. Our facilities offer a great place to practice peaceful activities like yoga, meditation or mindfulness. 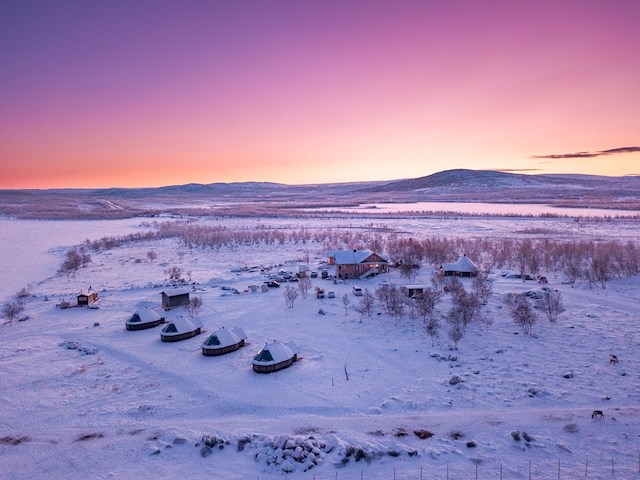 Arctic Honeymoon – Magical Experience Arctic Honeymoon experience packages are designed to give the guests an exclusive glimpse to the reindeer herder’s life, offer an opportunity to be part of the nature and wildlife, to hunt the Northern Lights during the dark winter nights or just to relax in the Sauna and outdoor hot tub by the lakeside under the Arctic sky.

You are now subscribed